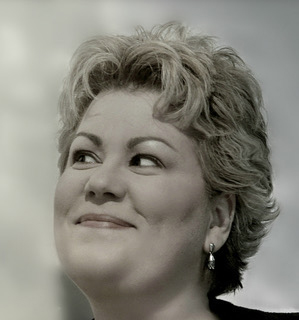 Manon FEUBEL has appeared on the most prestigious stages in the world, performing operas, concerts and recitals on three continents and in over fifteen countries. As captivating in an opera as in concert, she boasts a track record of many career recitals.

She regularly performs with the great symphony orchestras of the time, including the Orchestre Symphonique de Montréal (OSM) in Honegger’s Roi David or interpreting major selections from the repertoire of great operas, and piano recitals, interpreting the melody and the lied. She has been heard many times in Verdi’s Requiem, Four Last Songs by Strauss, Ravel’s Shéhérazade, Les Nuits d’Été by Berlioz, The Illuminations by Britten, as well as in numerous other works with chamber orchestras, including La Vierge by Jules Massenet, Oedipe à Colone by Antonio Sacchini and the « Prix de Rome », Didon by Gustave Charpentier in which she performed the lead role in Flagey, Belgium and in Venice, Italy. In addition, the CD recording of Charpentier’s lyrical work, conducted by French musical director Hervé Niquet and with accompaniment by Brussels Philharmonic Orchestra was produced by Glossa and the Palazzetto Bru Zane.

Moreover, Lucrezia was her demanding debut role at the very mythical Scala de Milan, where she performed twice for the same audience, with a second performance and production in the title role of

Aida, directed by Franco Zeffirelli, with Daniel Barenboim conducting. Her resounding success was widely acclaimed. The rarely interpreted role of Lucrezia in I Due Foscari by Verdi also showcased her not only in Milan, but also in Vienne/Konzerthaus opposite Leo Nucci, conducted by Bertrand de Billy with a live broadcast on Viennese radio and in Dortmund, Germany with Renato Bruson. Mrs Feubel was also heard singing the role of Lucrezia in Paris at the famous Théâtre des Champs Élysées conducted by Maestro Daniele Callegari and accompanied by the Orchestre National d’Île-de-France, with also a live broadcast on « Radio-France Musique ».

The career of this Canadien soprano originally from the province of Quebec and more precisely born in the lovely town of Arvida (City of Ville de Saguenay, Jonquière district), boasts a CD of great selections of operas titled « Chi il bel sogno », conducted by Jacques Lacombe with the Orchestre Symphonique de Laval on the CBC Records label and nominated for a Juno Award. Also, passionate about writing music, she composes and arranges her own music that she presents and interprets among others, in her « Music Conferences ».